Dimensions of a traditional dipole antenna

The standard dipole has a “doughnut” shaped pattern (click to rotate 3D image below) which is linearly polarized along the length of the antenna. The peak gain of this antenna is 2dB more than that of an isotropic antenna (2dBi).

In order to obtain this pattern shape a balun should be used when feeding this antenna with an unbalanced feed line. Often this type of antenna is fed using a coax attached to a balun. If a balun is not used the pattern will “tilt” towards one side of the dipole. 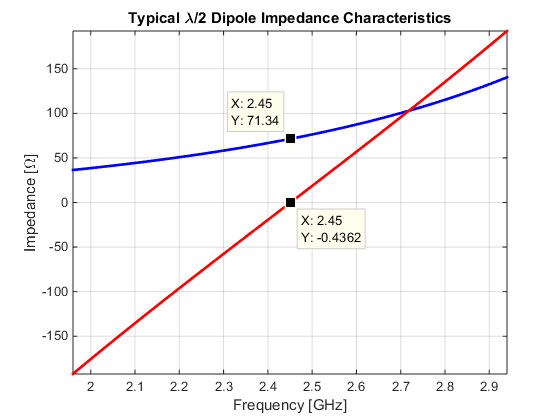 The 50Ω bandwidth this 2.45GHz thin dipole antenna is shown below. Slightly more bandwidth is obtainable when a 73Ω coax is used, this is why TV coax cable is designed to have an impedance of 75Ω. 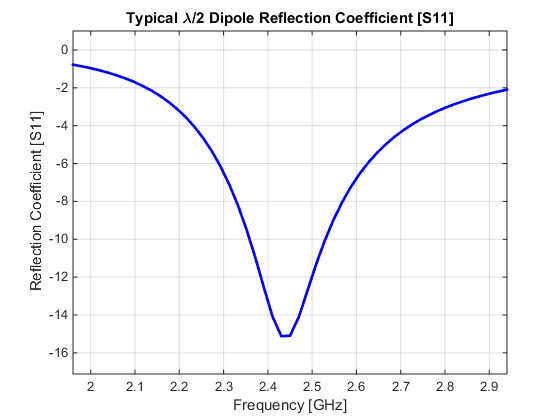