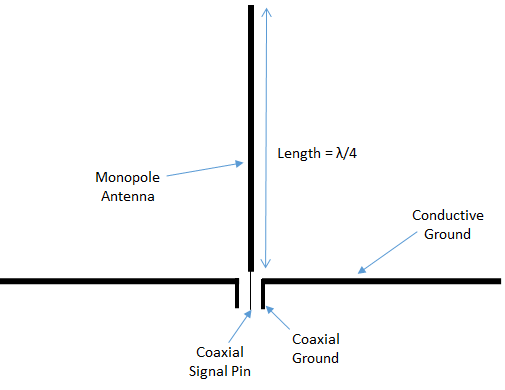 Dimensions of a traditional monopole antenna

In order to obtain this pattern shape a circular ground plane of radius (λ/2) should be used. 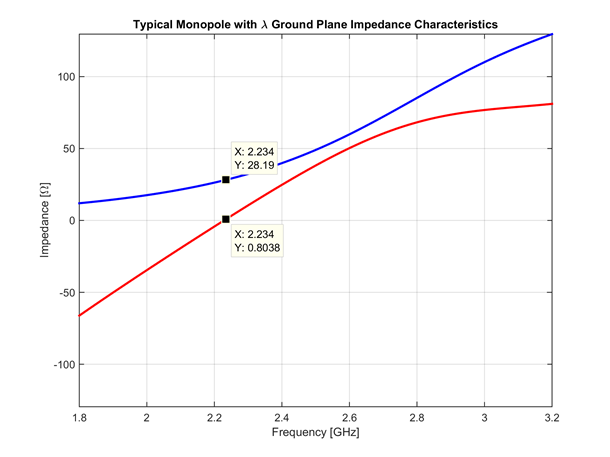 The 50Ω bandwidth of this 2.45GHz thin monopole antenna is shown below. Slightly more bandwidth is obtainable when a 36.5Ω feed line is used.